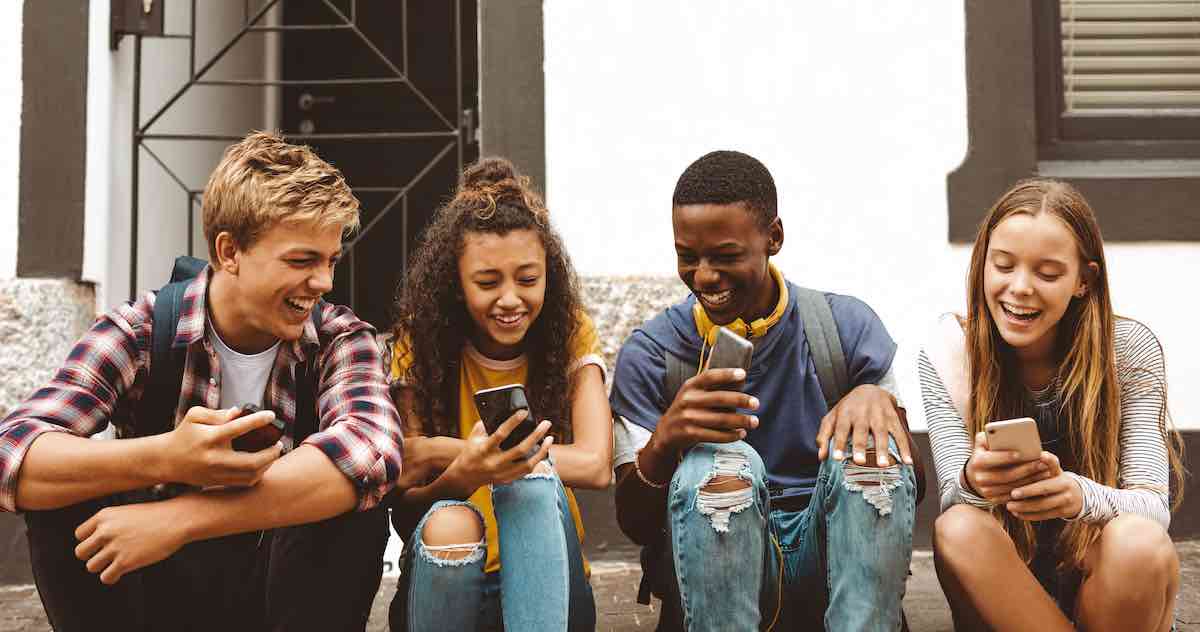 At Rival, we engage with young people regularly, interacting with them through the chats we facilitate. And I’ll tell you a secret: it’s a generation that isn’t afraid to tell you what they feel, especially in a text. They have enough self-awareness to put those feelings into words too — unsurprising for a cohort that’s embraced chat culture and social media.

At the end of the day, they want to be understood — and that extends to how they interact with brands. In fact, 60% of Generation Z say it’s important that brands value their opinions. Despite that, young people are also skeptical and slow to trust. After growing up with persistent warnings of online stranger danger and through the rise of fake news, they’ve learned to take nothing at face value.

For marketers to truly engage with this generation, they need to pierce through that protective layer of doubt. And that type of trust is built on a foundation of authenticity, honesty, and transparency.

Without authenticity, nothing else matters 👀

I’ve spoken several times throughout this series about authenticity. That’s because, more than anything, it's a critical ingredient when it comes to engaging with this generation. In fact, I would go as far as to say that without authenticity, you have nothing.

This is a cohort that’s used to having marketing directly targeted to them, and as such they’re experts at seeing through false or misleading advertising and past the gloss of traditional marketing campaigns. The need for authenticity trickles into every facet of their interactions and should fuel every aspect of how marketers engage, including (but not limited to):

Finally, if you’re gathering information from them — as we do at Rival — you need to tell young people exactly what you plan on using that information for. Because otherwise there’s no way they’re going to tell you anything at all. 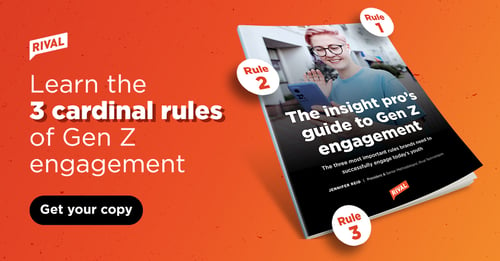 Honesty is key to connecting

Tied closely with authenticity is honesty. If you want to engage with this generation you have to be honest in your approach.

While it’s important to meet them on their turf and talk to them on the same platforms their friends would (which is why chat-based conversations are so successful with this demographic), you can’t pretend to be something that you’re not. This generation will recognize any attempts you might make to adopt a voice that doesn’t feel natural to you. While you may think that throwing out slang or overusing emojis will help you connect faster, you risk alienating them if they think you’re talking down to them or making jokes at their expense.

To avoid that, marketers who aren’t Gen Zs or young Millennials themselves may choose to check in with their younger staff or reach out directly to young people to see what they think first. And there’s plenty of opportunity to do just that — rather than trying to guess what young people are thinking, for instance, Rival works with our clients to have chat-based conversations directly with them to learn exactly how they feel.

When a brand can’t achieve that level of honesty, someone else will come along to take their place. Just consider the financial services product Afterpay, for example. It’s been able to establish a dialogue with young buyers in a way that many traditional banks haven’t — becoming a popular choice with them as a result.

With so many choices at their fingertips, young people aren’t afraid to shop around. But that doesn’t mean they can’t feel loyalty towards a brand. Rather, marketers have to earn that loyalty — and you won’t do that by hiding what your brand’s all about.

Honesty is key — often because young people don’t expect it: 66% of Millennials and 79% of Gen Zs across the U.S. and U.K. think brands are never honest, or not honest enough, about environmental issues; 69% of Millennials and 84% of Gen Zs feel the same about the treatment of factory workers. In order to stand out, you need to buck the trend by remaining transparent and truthful in the way you do business.

For example, we’re starting to see the use of QR Codes that allow consumers to trace the supply chain of the products they’re buying, in order to better understand their environmental costs or the conditions of the factories they were produced in. This level of transparency is exactly what young people are looking for — and it’s the brands that aren’t afraid to offer it that will earn their loyalty.

When trust is earned, engagement emerges

Among a generation fueled by skepticism, trust is paramount for both engagement and loyalty. And since authenticity, honesty, and transparency are critical in building that trust, they should be the goals of every marketer with young consumers in their sightlines.

But there’s a catch. Any misstep along the way can break the burgeoning trust you’re building — and become a costly mistake. Which is why getting to know this key market better is critical to building relationships that last — and why the best way to develop products, packaging, messaging, and brands that speak to young people is to listen and talk to them directly. By actually involving this generation in the process and listening to what they have to say, you’ve already taken huge steps towards building the engagement you’re looking for.

Previous Story
← What is agile research and how do you get started doing it?
Next Story
Beauty companies have much to learn from influencers when it comes to authenticity →

These Stories on Generation Z