#IWD2019: 6 research and tech execs on how to support women advancement in the workplace

March 8 is International Women’s Day, an annual event that celebrates the social, economic, cultural and political achievements of women. The day also aims to accelerate efforts in gender parity and raise awareness against bias.

The campaign theme for 2019 is #BalanceForBetter—a call for a more gender-balanced world.

Just like many industries, market research is still struggling with gender parity. According to a 2017 study from Women in Research, among experienced researchers, men are still more likely than women to hold executive-level positions. In senior roles, men are also paid slightly more than their women counterpart.

“The tide toward gender equality in the research industry is gradually turning,” the study noted. “Females are increasingly filling more senior positions; making salaries closer to those of their male counterparts and taking a more proactive attitude toward achieving their career goals. Yet while some gaps have narrowed, and companies are taking measures to promote equality and support parents, there is still much work to be done to achieve parity in compensation and in women reaching the highest-level positions at the largest agencies.”

At Reid Campbell Group, Reach3 Insights and Rival Technology, we’re lucky to have so many female leaders. They shared their thoughts below on what market research companies can do to support the advancement of women in the workplace.

Statistics shows that women are less likely to be promoted into management roles in large organizations than men. A lot of that stems from a lack of investment in women early on.

Mentorship, leadership training and career coaching programs need to be evenly spread across both men and women at every stage of their professional development.

Mentorship programs, in particular, have the added benefit of making women feel more confident in going for promotions, which oftentimes they don’t pursue because they underestimate their own ability.
- Niamh Cunningham, Chief Operating Officer, Rival Technologies

Workplace diversity starts at the top. Women remain significantly under-represented in the C-Suite and on board positions. While it’s not something that can be fixed overnight, companies can build a pipeline of future female leaders by offering flexible working hours or locations, identifying leadership talent early, involving them in meaningful company decisions, and enthusiastically promoting and rewarding their contributions.
- Kim Arnold, Senior Vice President, Reach3 Insights

As a woman, who is also a mother, I believe offering a flexible work week is key to advancing gender parity.  When I have a little bit of extra time to spend on the demands coming from home, I have a lot more focus at work.

In my career I have always been lucky enough to have this flexibility and it has allowed me to perform at an Executive level and have three kids.
- Jennifer Reid, Senior Methodologist, Rival Technologies, and Founding Partner, Reid Campbell Group

Market research is a field that is fortunate to have many women in the workplace. Companies can support the advancement of women by providing mentorship and new experiences to build the skills and confidence to take chances, grow and advance at work.

As a mom of two boys, it’s important to me for them to see me as confident and capable both at home and in my job. When they enter the workforce, I hope they do so with equal respect and support for both women and men at work and home.
- Leigh Admirand, Senior Vice President and Founding Partner, Reach3 Insights

When women see and pursue the corporate ladder in front of them, both the employee and the company excel. To that end, companies should establish programs that enable women to mentor emerging female leaders in pursuing the leadership opportunities available to them.
- Dara St. Louis, Senior Vice President & Founding Partner, Reach3 Insights

The most important thing companies can do is prevent gaps from the get-go by ensuring they pay based on roles and responsibilities, not a candidates self-perceived worth. And then at every step along the career ladder, women need to be pushed to consider stretch roles. Too often, a woman will feel ‘not yet ready’ while an identically qualified male will feel ‘more than ready.'
- Eileen Campbell, Executive Chair, Reid Campbell Group 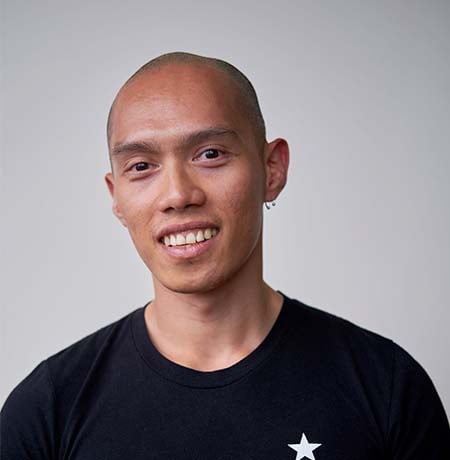 Previous Story
← The Squad effect? How phone-screen sharing could give way to new billion-dollar industries
Next Story
Chatbot survey design: 3 tips for more effective conversational surveys →
Talk to an expert